In September this year Diana Bigley celebrated fifty years of teaching with a get together at the Village Hall in Moulton.  Friends and former classmates joined members from her current classes to commemorate this anniversary.
Some she taught to become teachers also came, as did former members of her Youth Moves classes, now all grown up, but still with memories of performances and tunes that have stuck in their head ever since.

Diana’s list of achievements is quite astonishing: over 80 demonstrations – including some at the Albert Hall, at the NIA, Birmingham, Liverpool and Gymnaestrada in Amsterdam.  20 productions for Youth Moves, again,
including performances at the Albert Hall. As a trainer, she produced courses for TC and Advanced Teachers, Mature Movers and Seated Exercise, – as well as individual training modules in other regions, travelling all over
the country with her beloved husband, Ron.

Over the years, Diana has collated photographs, programmes, magazine cutting, cards and awards into dozens of scrapbooks which were laid out on long trestle tables around the hall. A small selection of costumes from past performances were also on display, which invoked memories of dancing on wet grass, in the rain, costume malfunctions and unusual changing facilities – from wonky caravans to teeny tiny tents.

We all had our favourites and for many the opening bars of a particular song was enough to trigger the first few steps of an embedded routine.

Margaret Baker was again to be thanked for making a fantastic cake – two tiers ensured that everyone had a good slice.

As usual, time was all too short and after a raffle which raised £264.00 for Air Ambulance, we had to pack up for home. 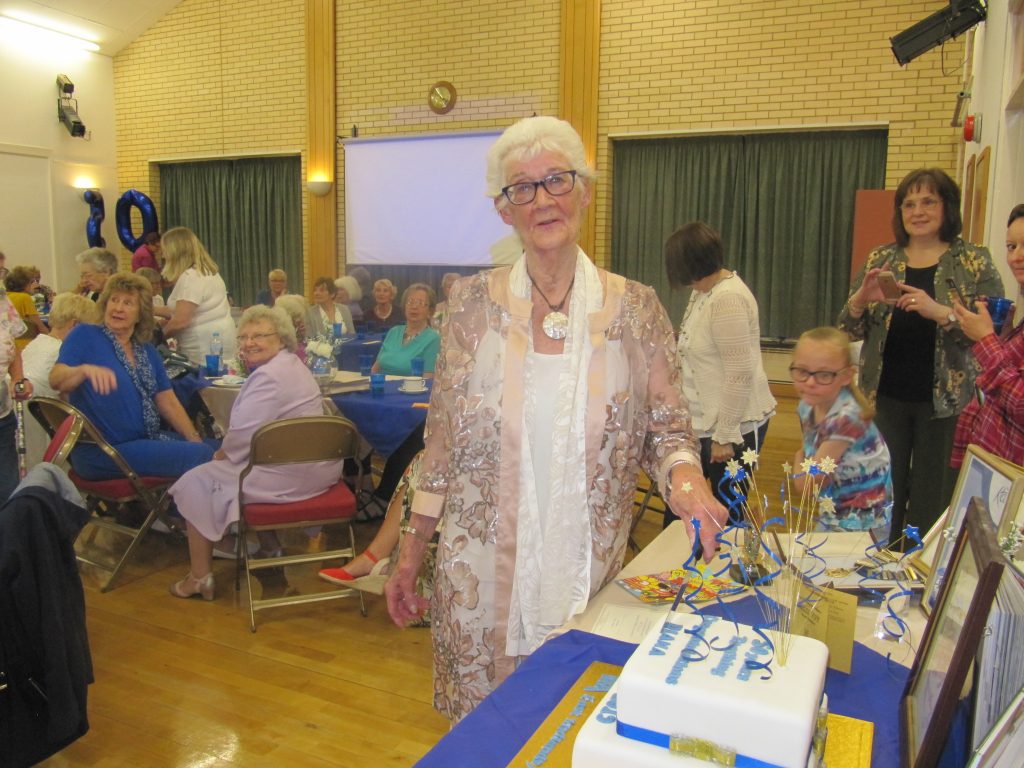 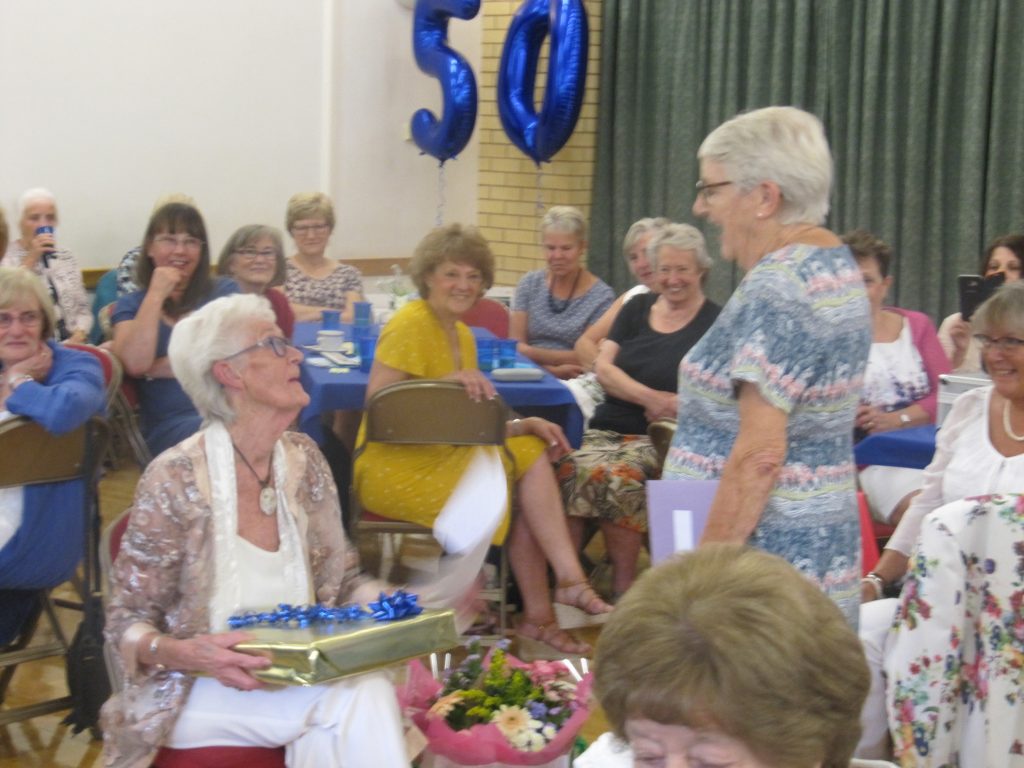 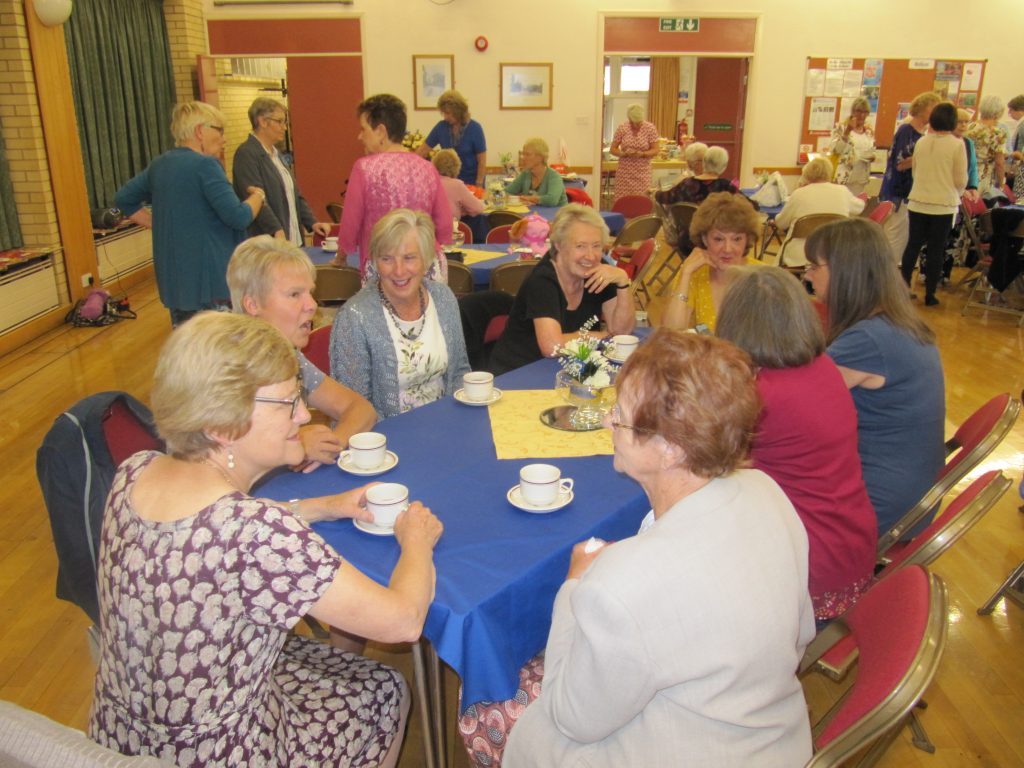 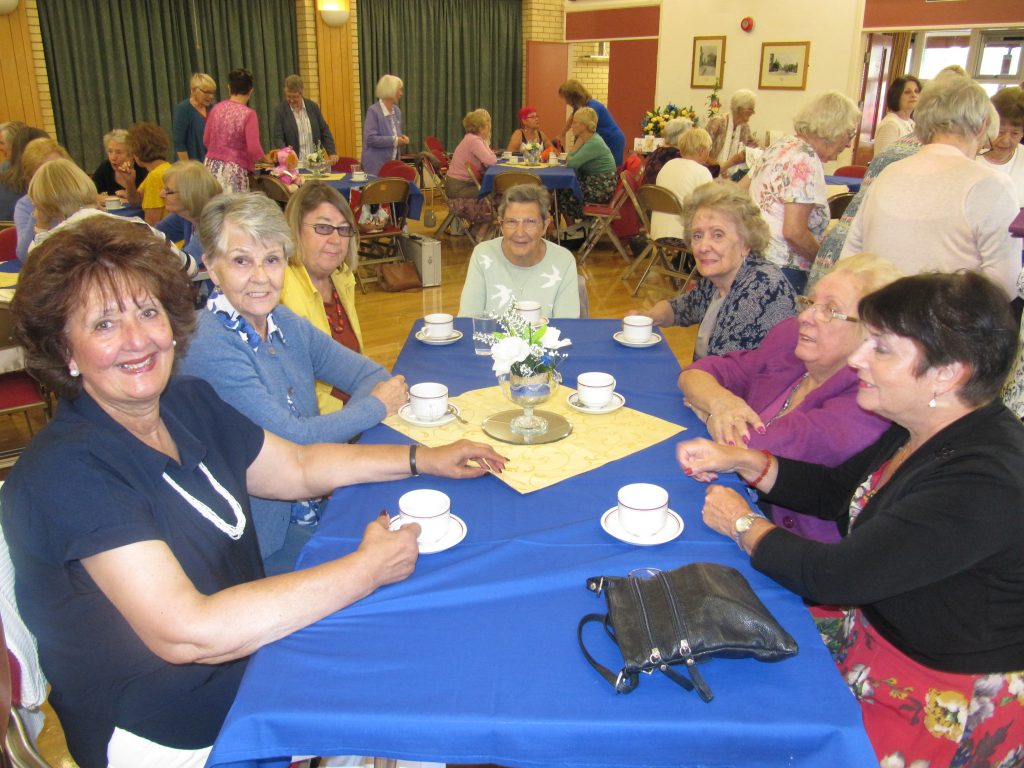 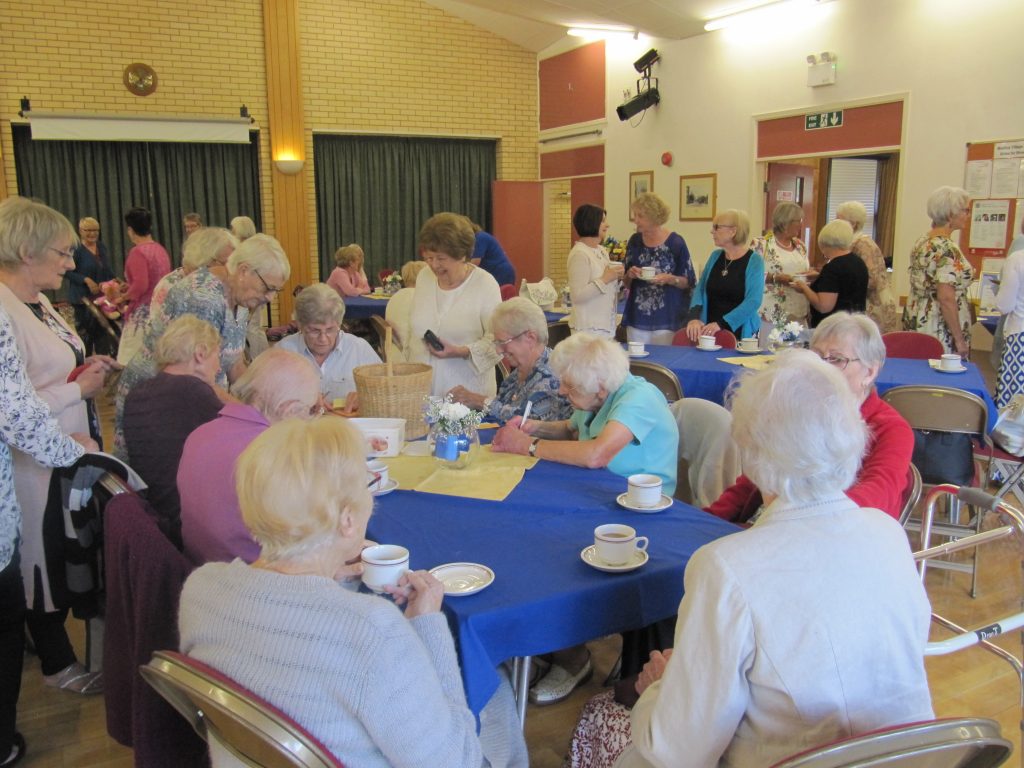 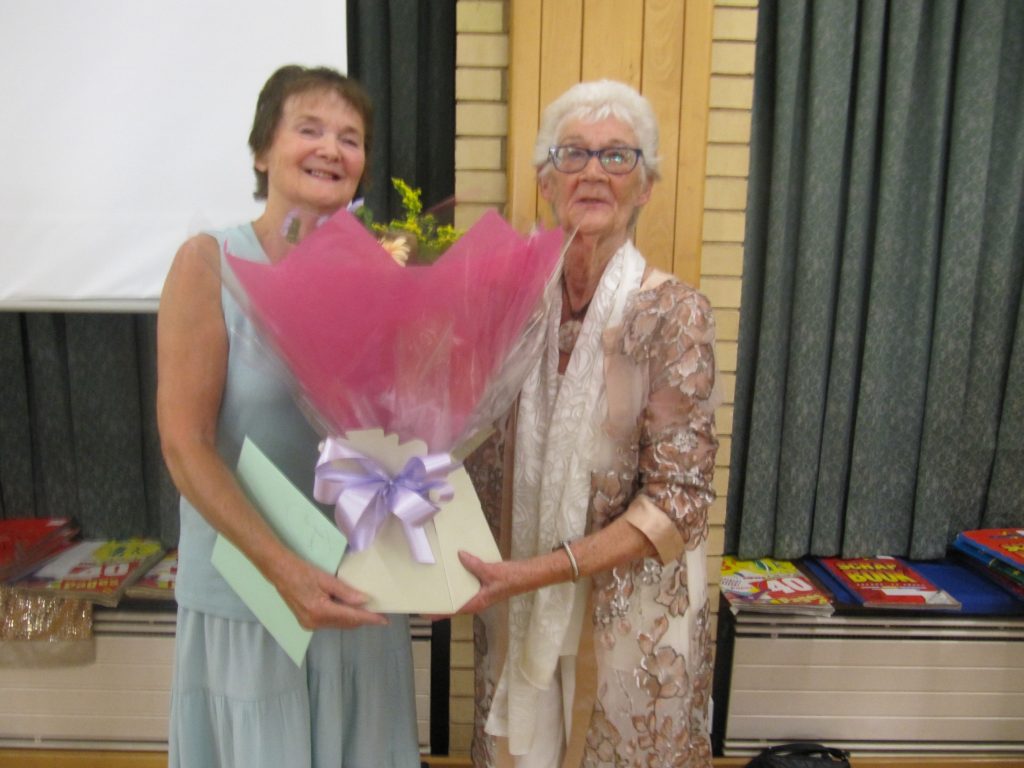 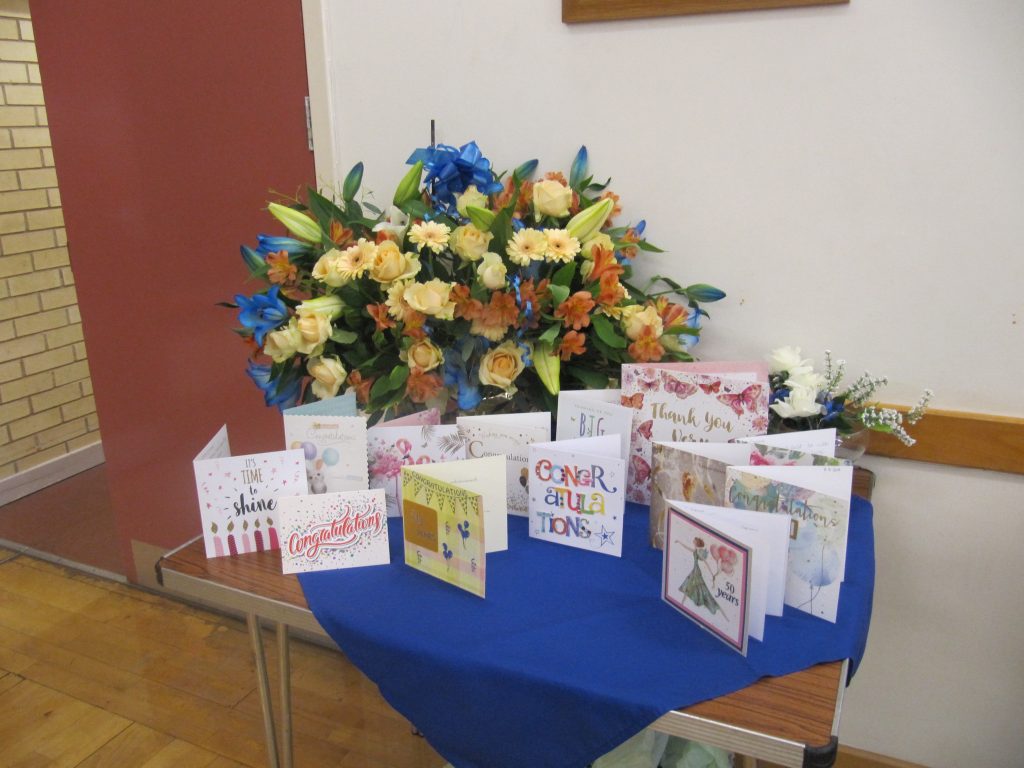 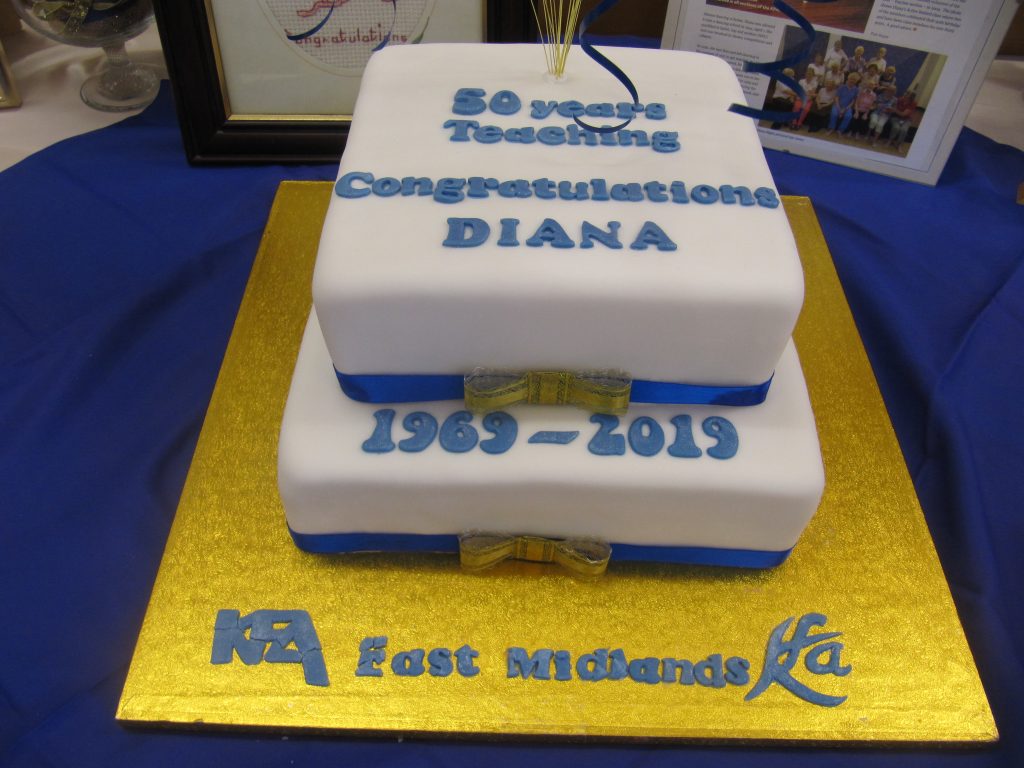